I have meant to write an article about my times in India for a while. And what better way to start it than with a post about Holi and how it is celebrated in India? India is amazing, scary, loud, wild, colorful and simply incredible (as their slogan rightly states). And Holi is one of the traditions in India that bring this out even more. If you can schedule a visit to India during the time when Holi is celebrated, don’t miss out on this chance!

So what is Holi?

Holi is an Indian festival in spring which is also known as the festival of colors. It’s celebrated for two days and originates from India and Nepal. In recent years it has increasingly spread also to parts of Europe and North America.

Holi is an ancient Hindu festival. The days of the festivities change every year and usually fall between end of February and around mid-March. Holi celebrations are different all over India or might not even take place in some parts or in a different format. So watch out where you want to go to celebrate it (see below).

The name for the festival can also vary in some regions. For example Holi is called Rangpanchami in Maharashtra, Shimgo in Goa or Basant Utsav in West Bengal. You can read more about the different names and stories behind Holi here. There you also find the story of how Holi was named and the details of the legend of Holika and Prahlad.

How is Holi celebrated?

Mainly the festival stands for the victory of good over evil. People sing, dance and have fun on the streets. On these days the differences in Indian society seem to not matter so much. Everyone gets out to chase each other and throw dry powder (in bright colors) and colored water at one another. 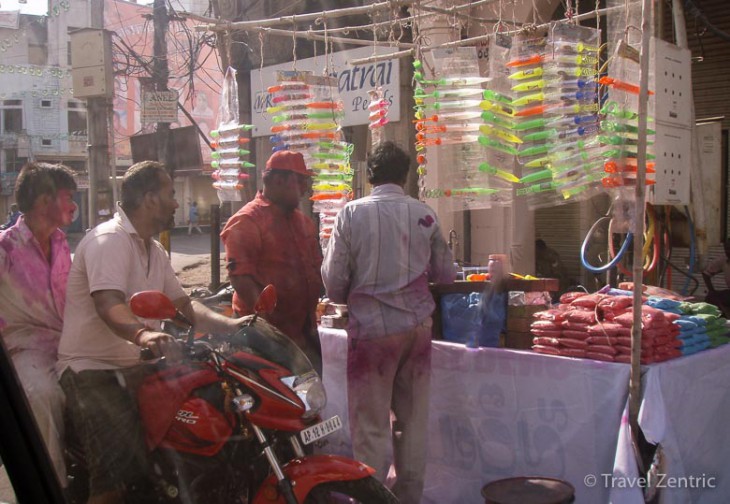 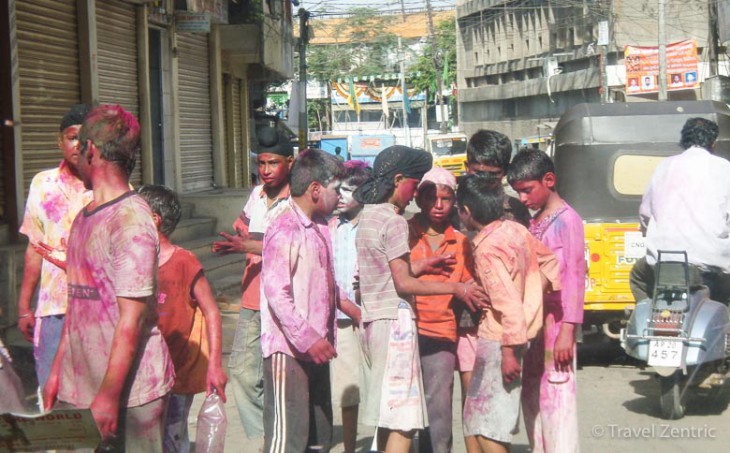 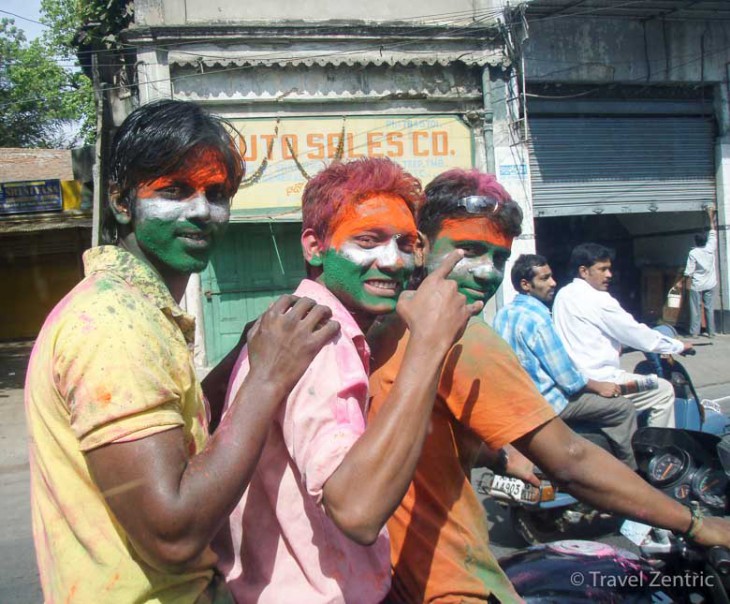 Some even have something like „supersoakers“, a bit bigger than the one the girl is using in the photo below. Getting this stuff into your eyes can quite hurt. But in general it’s good fun and totally harmless. Especially when you get to celebrate at a special location. 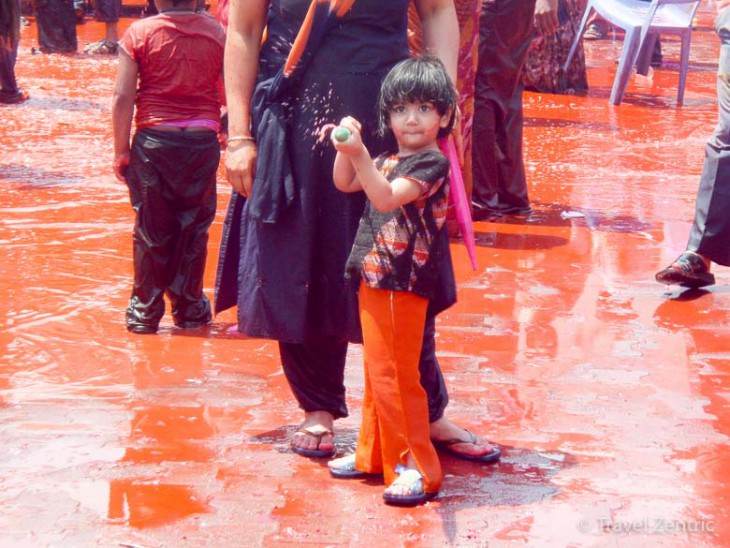 We spent it with Indian friends at a Holi party. It was a unique experience. At some locations there is not just powder provided, but also a construction that sprays water over everybody. At our location the DJ played Indian and electronic music. The atmosphere was truly special. 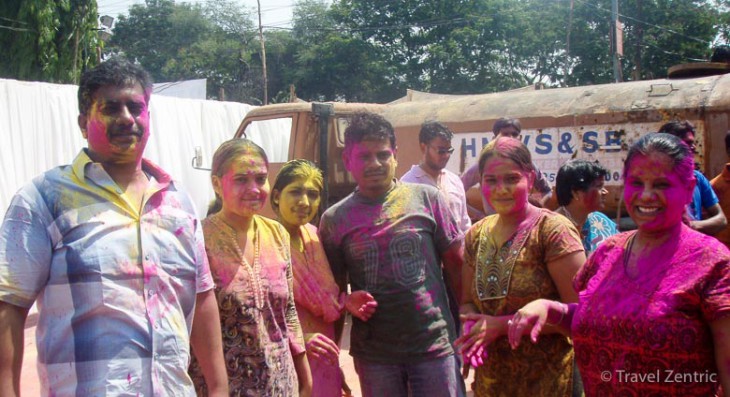 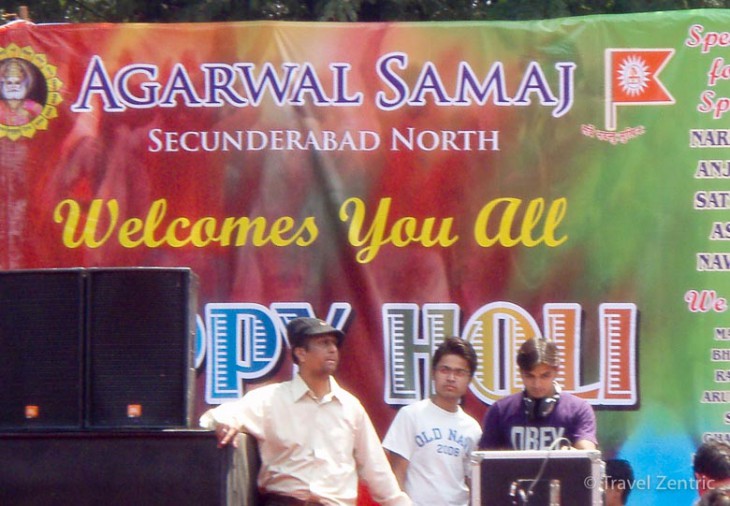 Of course food and drinks are provided, too. A Holi drink can be made with „bhang“, an intoxicating ingredient which is made from cannabis. Of course that’s not entirely legal, but widely used and somewhat accepted during Holi. It might also be mixed into sweets. So here again, watch out if you don’t want to consume it by accident. 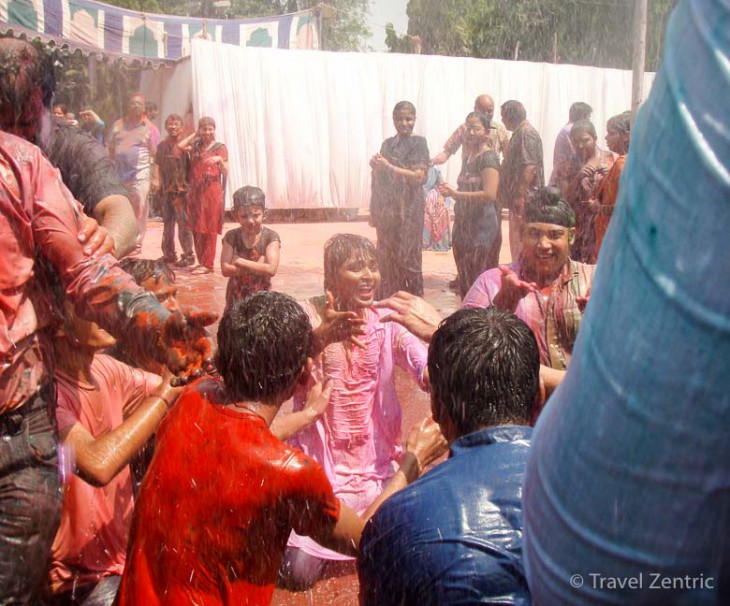 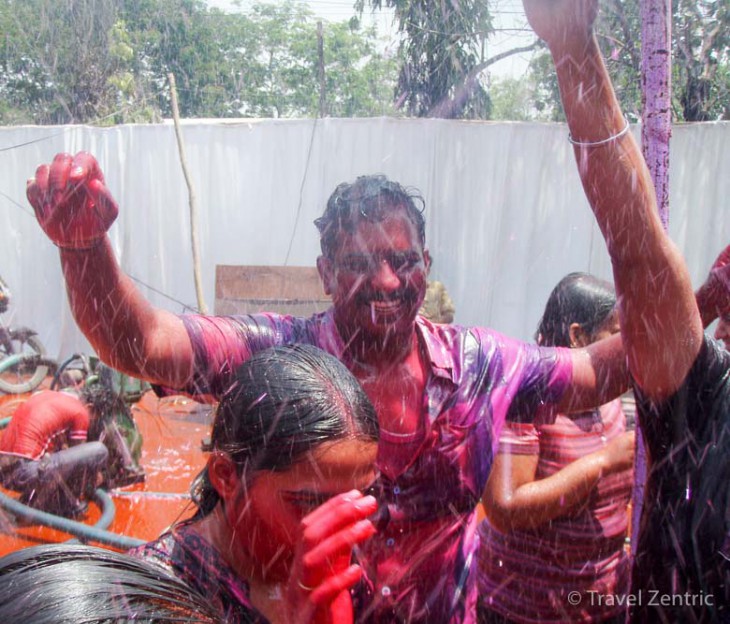 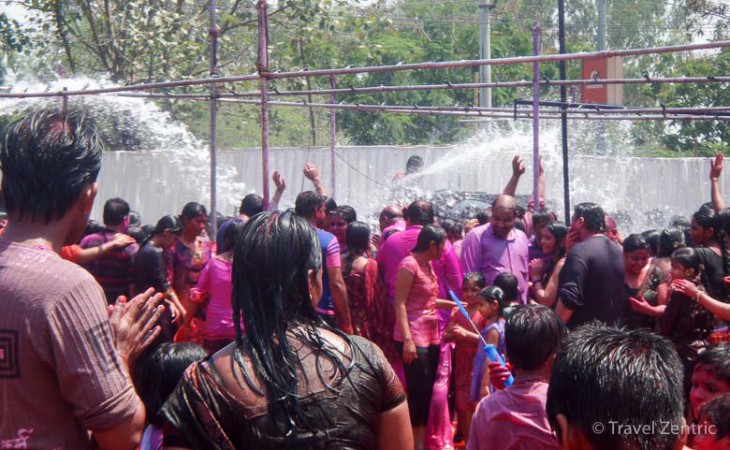 Holi is a true family event. People also love to make presents for one another and wish each other „Happy Holi“. 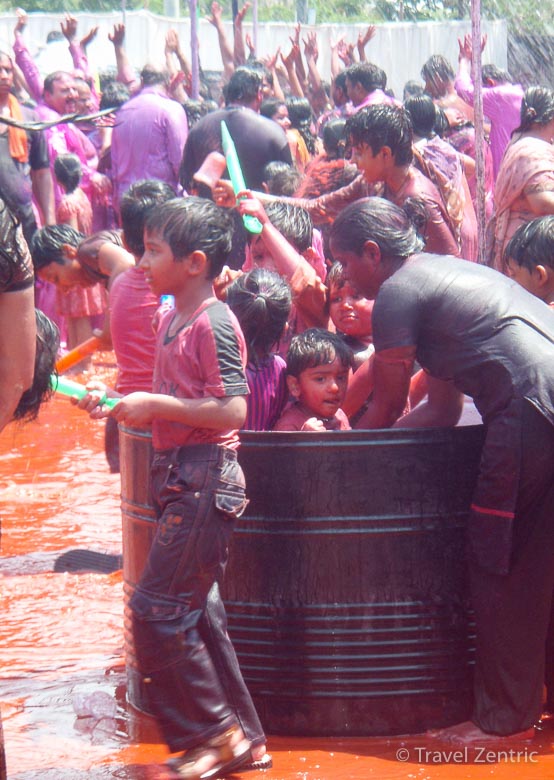 Where is Holi celebrated in India?

In India Holi is widely celebrated in the north and for sure in the more touristic places such as New Delhi, Jaipur or Agra. But there are Holi festivities also in the south. I celebrated it two times in Hyderabad and loved it.

As you can see on the photos Holi is a daytime festival. So if you want to join into the celebrations and joyeous exchange of colors, get there the latest on late-morning.

Our day ended with a stop to eat something sweet and spicy. The bhang did its work. Holi is surely one of the coolest traditional events I have been to and really, if you can, go to India during Holi.

2 thoughts on “Celebrate Holi in India”